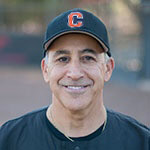 Coach Tony once again returns to lead the Grizzlies for his 3rd stint at Cal High, after last departing at the end of the 2019 season to join the softball coaching staff at St. Mary’s College of California as an Assistant Softball Coach.  “Everyone knows that I bleed orange and love my Grizzlies, but when the opportunity arose in September 2019 to join a D1 college softball program right here in the East Bay, it was something I could not pass up.  My time at St. Mary’s College was exceptionally rewarding, in that I got to experience softball at a higher level and learn from coaches who were magnificent — both as coaches and as people.  The level of drive and commitment from Division 1 collegiate athletes is truly something to behold and was incredibly inspiring.  It’s unfortunate that my time spent at that level was impacted so much by the pandemic, but I left with tremendous respect for those coaches and students, and take with me wonderful memories and learnings from a top-notch program.”

Before leaving for St. Mary’s College in 2019, Coach Tony had returned to Cal High for a second stint in 2017 and led the Grizzlies for 2 seasons, reaching the CIF North Coast Section (NCS) Division 1 Semifinals in 2019 and the Quarterfinals in 2018.  In the 2019 season, the Grizzlies achieved a 1st Place finish in the East Bay Athletic League (EBAL) Mountain Division, 2nd overall in league.  Prior to 2018, Coach Tony spent the previous 3 seasons at cross-town rival Monte Vista Mustangs, where he was the Head Varsity Softball Coach for the 2015-2017 seasons, after leaving Cal High for the first time in late 2014.  Coach Tony had spent the previous 4 years at Cal High, 2010-2014, guiding the Grizzlies’ JV team to a 1st place EBAL finish in 3 of his 4 seasons.

Coach Tony has been a Head Coach for girls fastpitch softball and boys baseball throughout the San Francisco East Bay Area for over 20 years, managing teams for Spring seasonal leagues, Summer traveling leagues, and Fall instructional leagues.  He began coaching youth sports in 1999, starting in San Ramon Little League (SRLL), where he was a Head Baseball Coach for every level of boys baseball — from T-ball through high school — including District All-Star teams and traveling Gold teams.

In 2007, he expanded his coaching beyond baseball by volunteering for the San Ramon Valley Girls Athletic League (SRVGAL), where he immediately became a Head Softball Coach for regular season division teams, achieving division championships in 2007 and 2010, and soon thereafter for Stompers Summer and Fall traveling teams.  Coach Tony was later selected to be the Head Softball Coach for the Valley Stompers 16U A-ball traveling team in 2013 and 2014.

Coach Tony’s coaching approach is to focus on proper and fundamental skills for long-term health and success.  His competitive approach is to emphasize in-game strategy and excellence in situational play.  His philosophical approach is to inspire a love for the game, instill respect for both team and opponent, maximize present-day fun, and develop lifelong enjoyment as both a participant and a fan.  Coach Tony was also a 2008 recipient of the annual PCA (“Positive Coaching Alliance”) Double Goal Coach Award, given by SRVGAL as part of their Softball Coach of the Year recognition program.

For 15 consecutive years, Coach Tony also committed additional volunteer time and leveraged his corporate leadership skills to serve on community boards.  He served on the Executive Board for SRLL from 1999-2010 as VP of Upper Division Baseball, overseeing all aspects of the 13-year old to 18-year old divisions: Juniors, Seniors, and Big Leagues.  He then served on the SRVGAL Board of Directors from 2010-2014, where he was the Division Coordinator for the 7th-8th grade Red and Blue divisions. 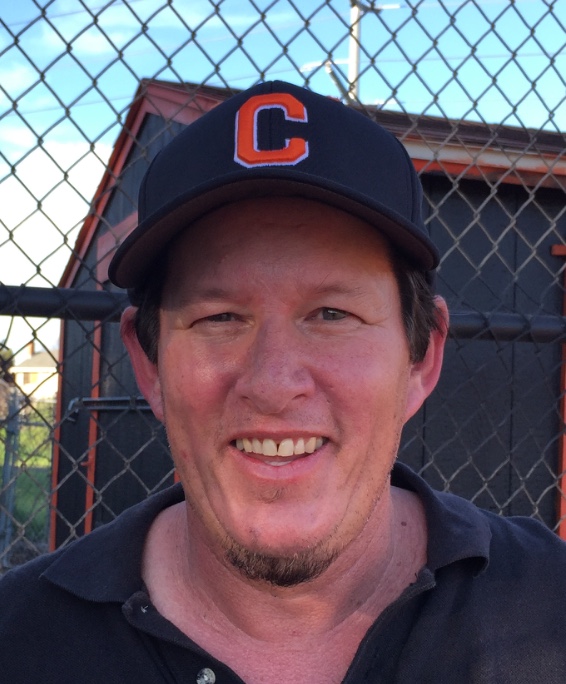 Coach Tim has been an Assistant Grizzly Softball Coach for most of the 20+ years he has worked at Cal High.  He has literally coached hundreds of Cal High softball players and supported many Head Varsity and Head JV coaches over decades, including Coach Tony during ALL of his previous seasons at Cal High.  Coach Tim has also coached at the travel ball level, including with Coach Tony years ago.  After Coach Tim and Coach Tony had such success together at the JV level in the early 2010s, Coach Tony only agreed to return to Cal High in 2018 AND in 2022 on the condition that he could again partner with Coach Tim.

Coach Tim and Coach Tony have a terrific partnership and really enjoy working together.  According to Coach Tony, “It was a requirement for me, if I were to return to Cal, to be able to coach again with Tim.  Tim is such a great asset to our Softball program and I can’t imagine being on the field without him.  We know how each other thinks.  Tim gives me great advice, while unconditionally supporting all of my decisions.  We get along incredibly well.  More importantly, he has the heart of a giant when it comes to these girls.  He cares about them as people, just as much as I do, and we are very protective of them as if they were our own daughters.  Tim is very special to me and I hope the families of our players appreciate him and what he brings to our program, as much as I do.” 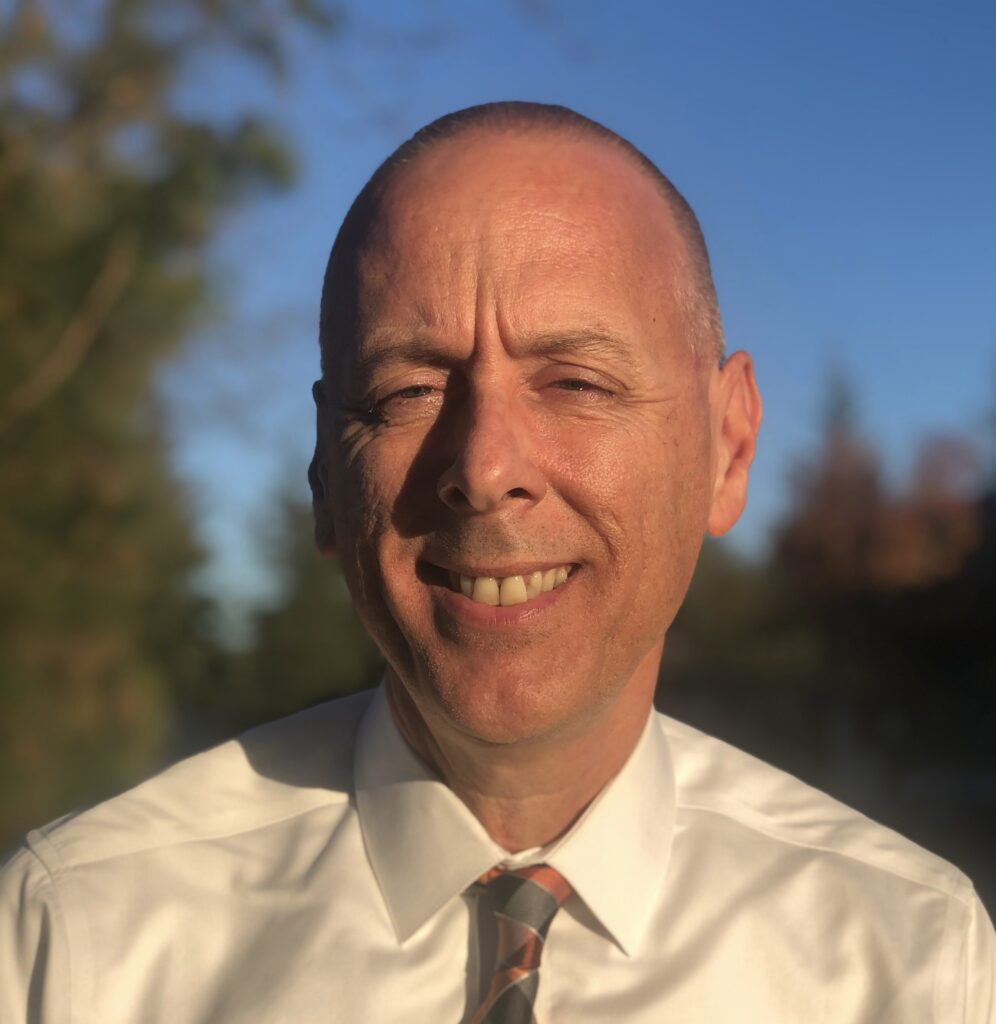 Coach OC joins the California High School Girls Softball coaching staff for the 2022 Spring Season.  He has been a head coach in both little league with his son Anthony and fastpitch softball, with his daughters Kara and Hannah.

Coach OC has 14 years of coaching softball experience in the Pleasanton Girls Softball League (PGSL), PGSL Phantom 10U/12U/14U and Phantom Elite 16U/18U travel programs and spent 7 rewarding years as the Head JV Softball Coach at Foothill High School in Pleasanton.  He led his last 2 Foothill JV teams in 2015 and 2016 to EBAL championships.
Coach OC also volunteered and spent 5 years from 2008 to 2013 as a Level Director for the PGSL Board of Directors.  He also was an integral part of the committee that ran the Annual Pleasanton Summer Softball Classic.
Coach OC’s most successful teams have always started from one common philosophical foundational pillar of: “Team First.”  Try your best, to be the best, for your team, your teammates, and your school.
A fun fact about Coach OC is that he is a dual sport coach and this is actually his 2nd time coaching at California High School, having led the Grizzlies JV Girls Basketball team in the 2014/2015 & 2015/2016 seasons. 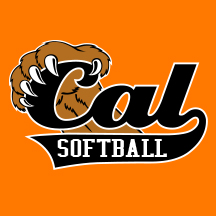 We are in the process of searching for an Assistant JV.  This will be updated accordingly.